Funday Korea, an organization that offers free trips and other events to foreigners, offered a guided tour along the Seoul city wall. The city wall is 18.6km long, however the tour itself was only about 4km long. Our guide provided lots of interesting, historical information about the city wall. 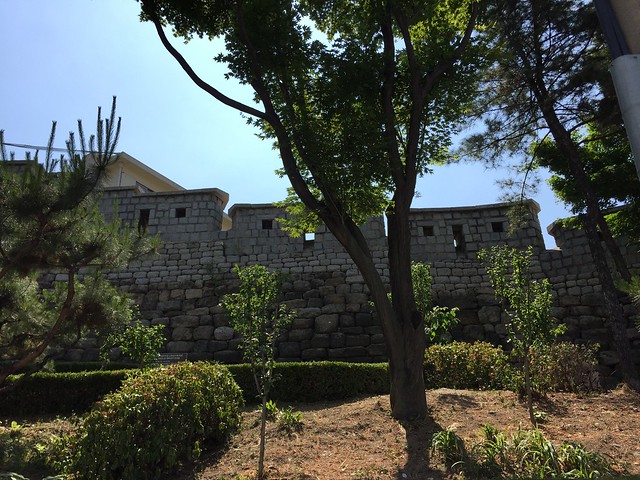 Part of the Seoul city wall

The day of the tour was really clear so that we were even able to see mountains in the distance. 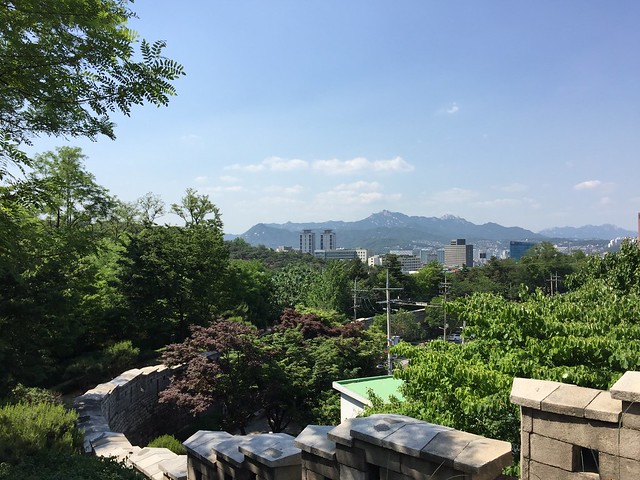 The city wall also leads to Namsan tower which I visited already previously several times. But on this day there were some performances next to the tower. 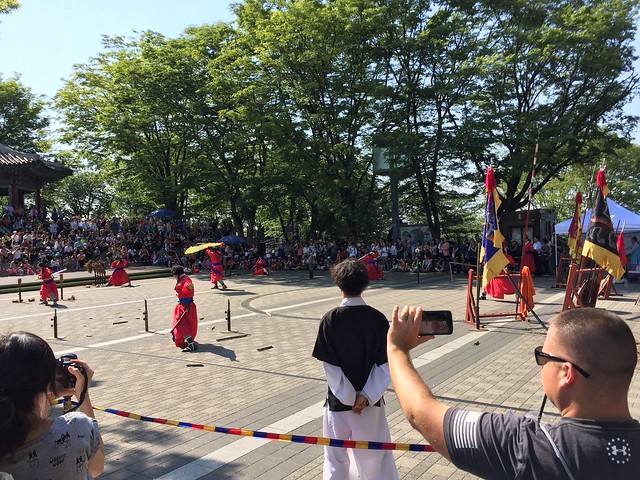 Performance next to Namsan tower

Also the view was much clearer compared to my visits before. 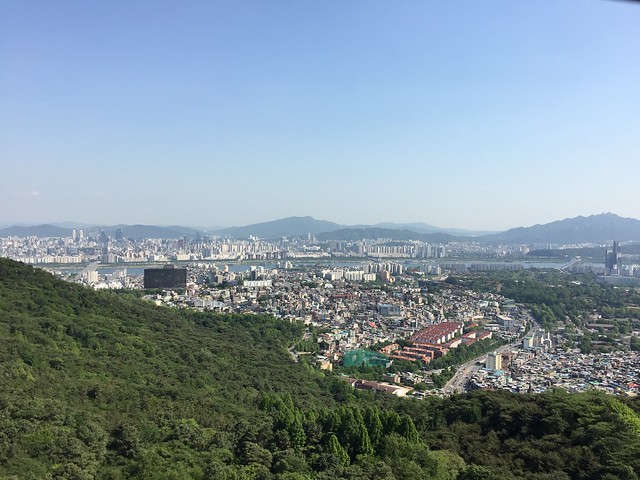 Close to the Namsan tower is also the geographical center of Seoul. 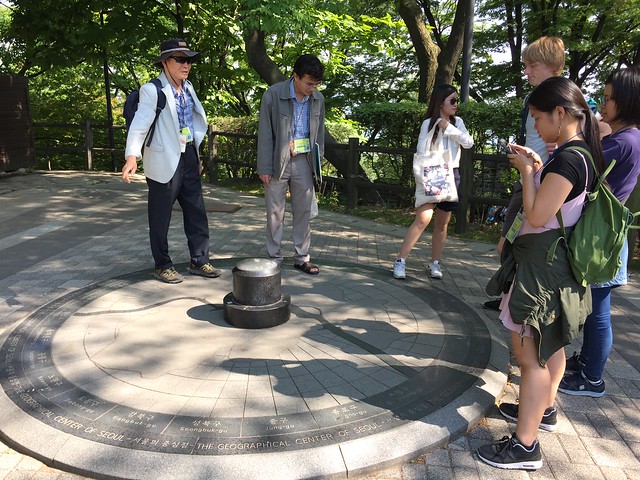 At the end of the tour we went down from Namsan tower along the city wall to Myeong-dong. 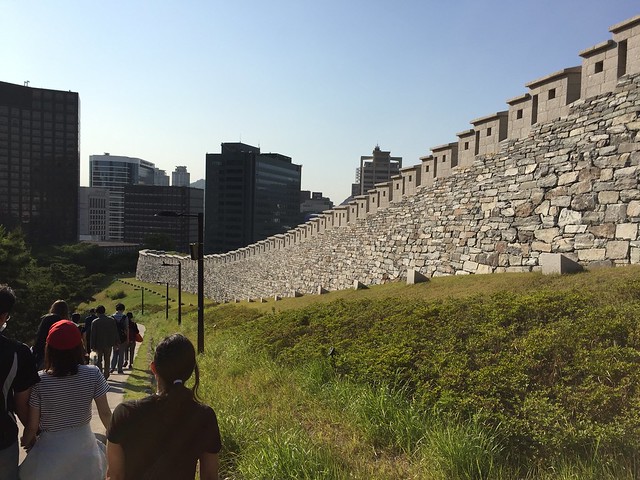 Seoul wall on the way down from Namsan Tower

All in all, the tour was quite interesting. Although, I already had seen most of the places we visited there were still some hidden places I have not seen before. Also getting to know the historical background was quite enlightening — and the everything for free!