Relatively close to university, in the center of Suwon located is Hwaseong Fortress. It is a massively large construction consisting of several gates, other facilities and a very long wall. It is a UNESCO World Cultural Heritage Site and more than 200 years old. Inside, some buildings contains scenes that show how people used to live in the fortress. It also inhibits a very large garden and a few watchtowers. 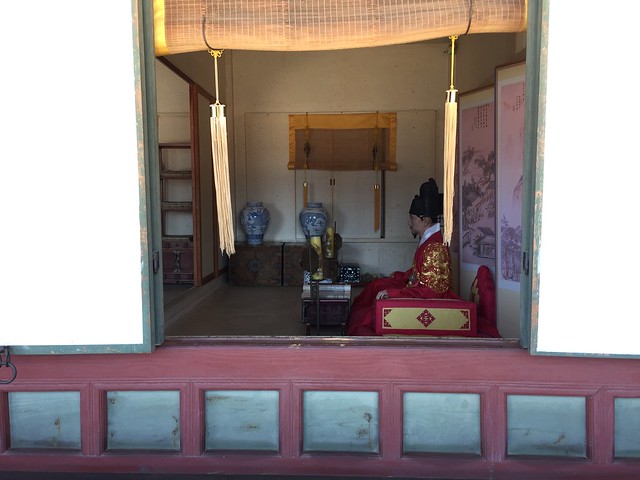 Scene of how people used to live in the fortress

Some ceremonies are held in front of the main gate. In the ceremony we attended King Jeongjo was greeting his people. 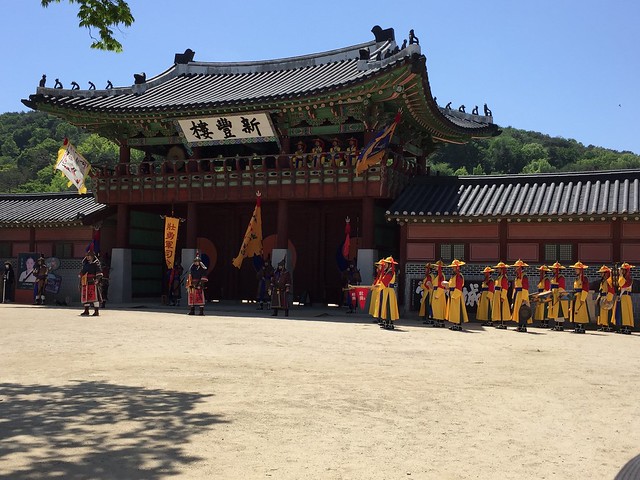 Ceremony in front of the gate of the Hwaseong fortress

King Jeongjo even went to the audience and shook hands. 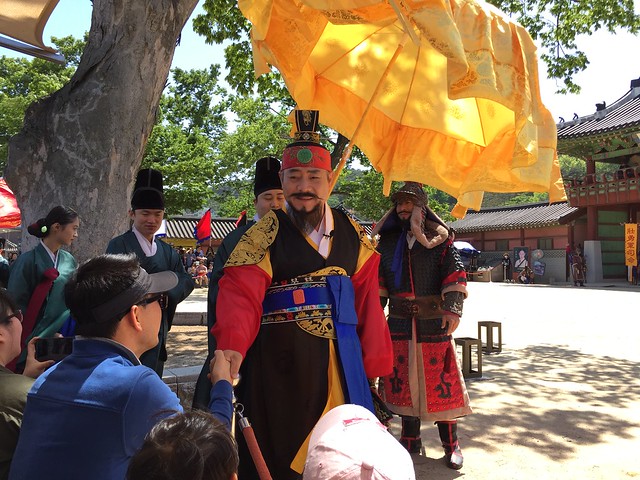 Around the fortress are also many other smaller old buildings, shops and parks. So it is a really interesting place to go on a weekend.