Right before the final exams we decided to make a short trip to Hong Kong which is relatively close to South Korea. The flight was quite cheap and it took only around three hours to get there. Right after leaving the airport we got hit by a wall of hot and humid air. The weather was really hot (more than 30 degrees) during our entire stay but at the end we started to get used to it.

Right after we landed, we decided to go to Lantau Island and use the cable car, Ngong Ping 360, to go up the hill. 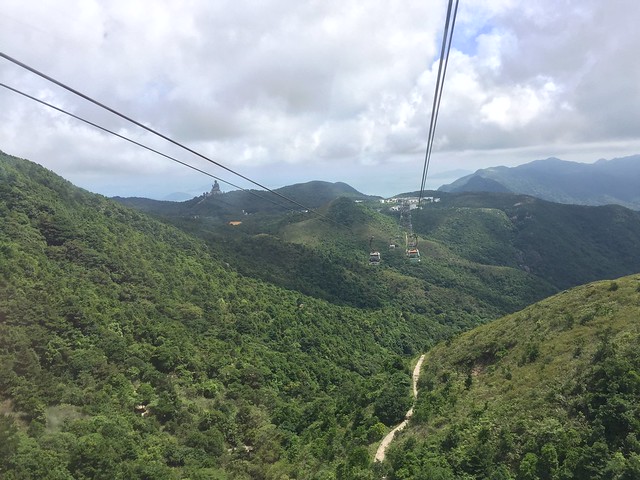 On top of the hill were several interesting buildings but our main goal was to see the huge Tian Tan Buddha. It was already visible from afar during our drive with the cable car. The closer we came to this huge Buddha statue the more we realized how big it actually was. 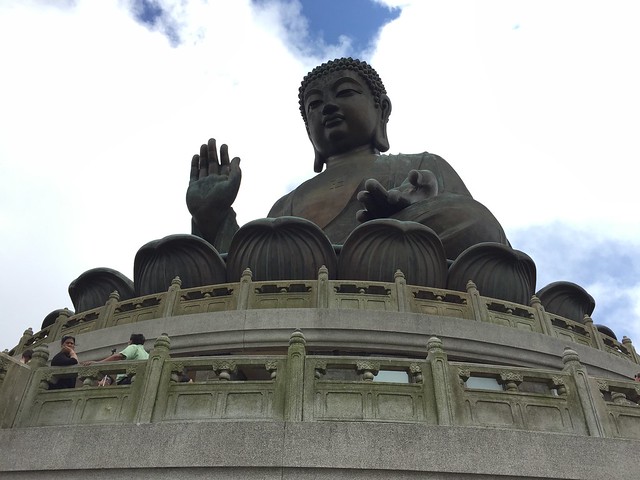 After walking a bit around, our next destination was to see an old fishing village on the foot of Lantau island, also called Tai O. In the village were several small markets, old buildings and a lot of boats. The houses were mostly build on top of the water on stilts and the entire village with its waterways was very scenic. 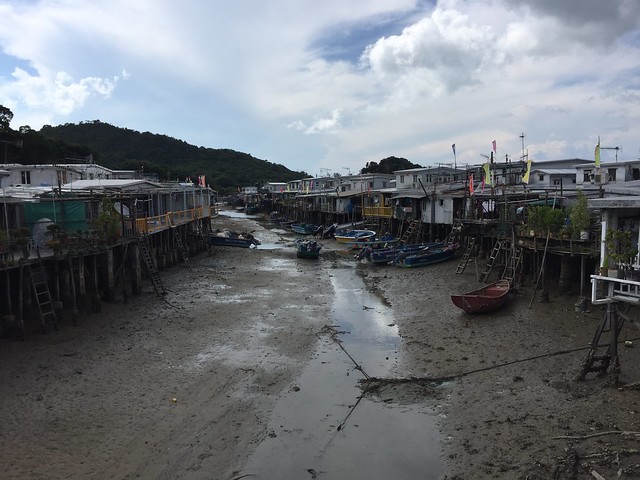 The next day started with walking through the city, trying out different fruits on the market and walking along the harbour. 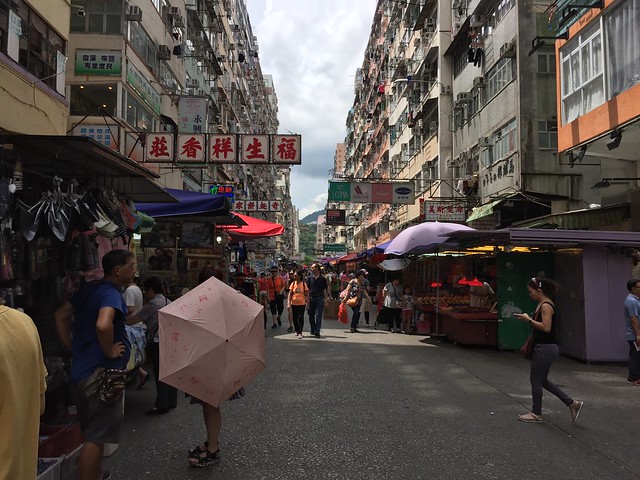 We also visited Man Mo Temple which is the oldest temple in Hong Kong and located close to the city center. Inside the temple hung a lot of spiral like constructions from the roof. The air was very smoky since a lot of incense sticks were burnt inside. At the end my eyes even started to hurt from the smoky air. 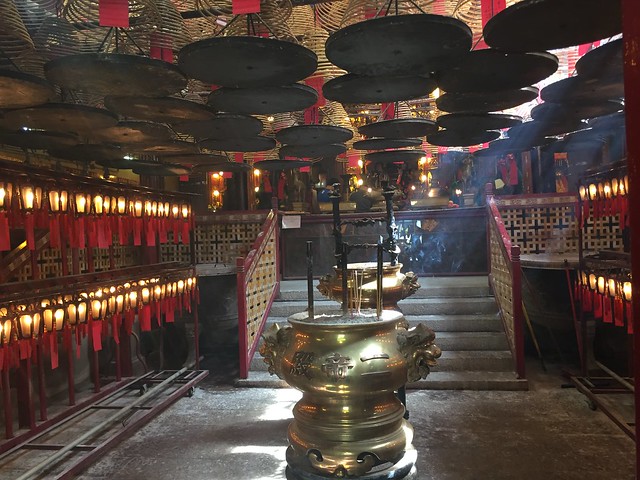 To watch the sunset we were making our way up to Victoria peak. Unfortunately the evening was very cloudy and we were a bit late so that we could not really see the sun set. 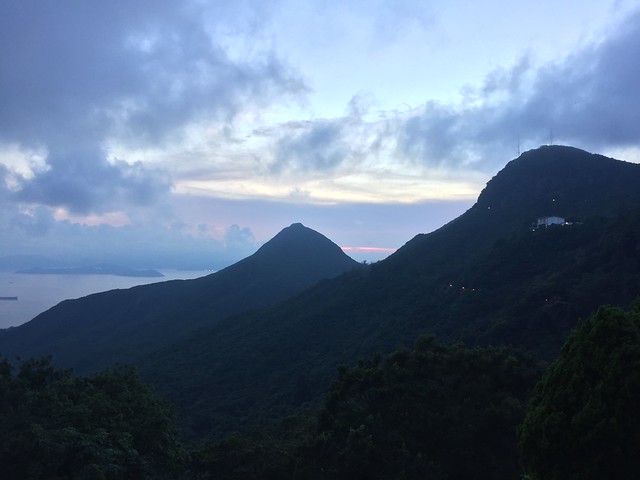 Close to Victoria peak is a big shopping mall that has a free observation deck. From there we could see Hong Kong island at night. Also every night, there is a light show on Hong Kong island with music and highrises changing colors. 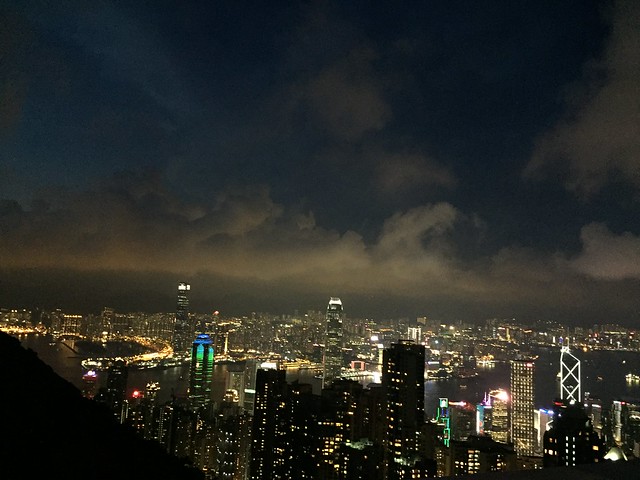 On another day we visited the Ten Thousand Buddhas Monastery. To get to the actual monestary we had to climb a steep path along which large, golden Buddha statues were placed. 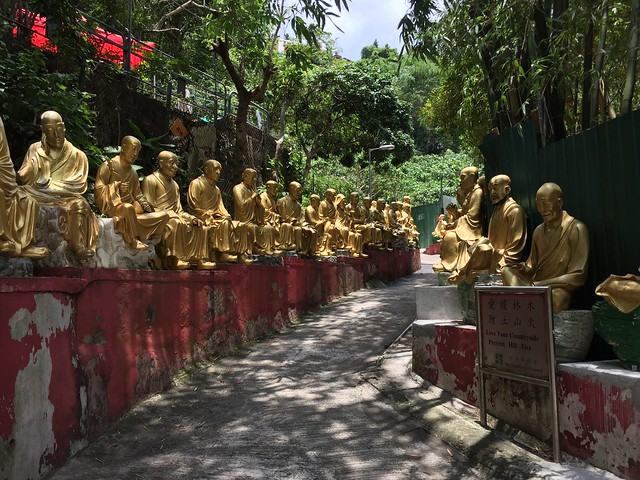 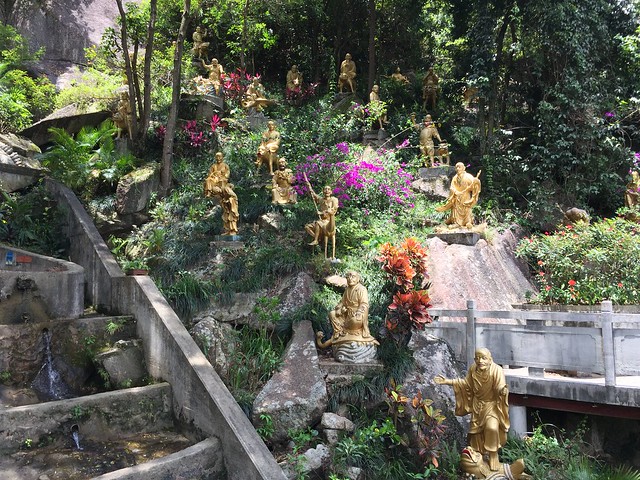 After the long walk up and back again we got to eat some Dim Sum. The buns came in many different shapes and flavours. 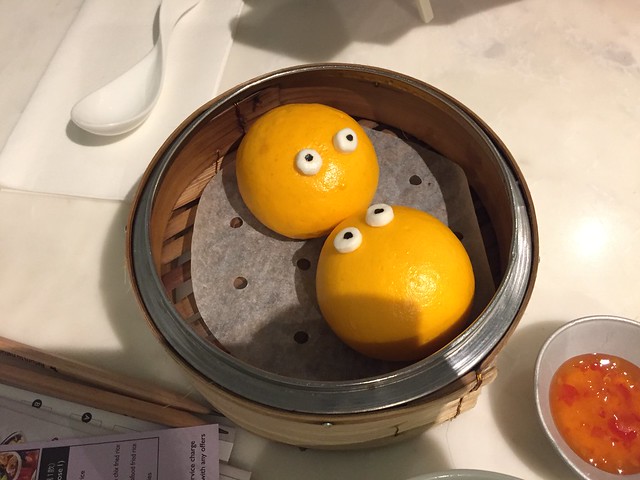 After what felt like to few days, we had to leave Hong Kong and fly back to South Korea.