We heard of a Pokémon festival taking place in Incheon and decided that we should not miss it. Already from afar we saw a lot of smaller Pikatchu statues and people taking pictures with them. 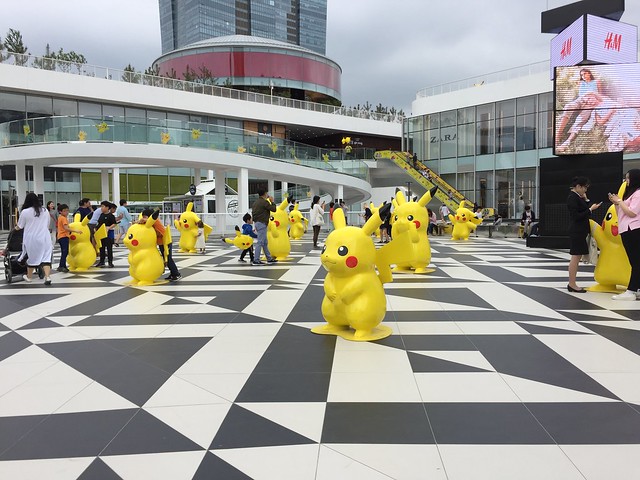 Entrance to the Pokémon festival

The festival itself took part in a shopping mall and was already running for a few weeks. The entire mall was decorated with Pokémon, mainly with Pikatchus. A more appropriate name probably would have been Pikatchu festival since almost no other Pokémon was there. 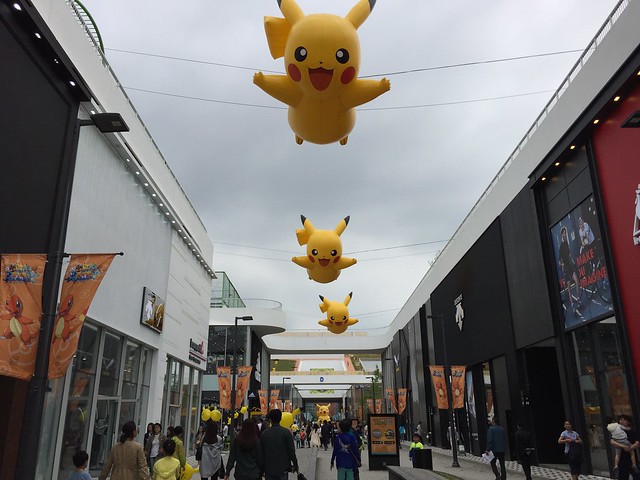 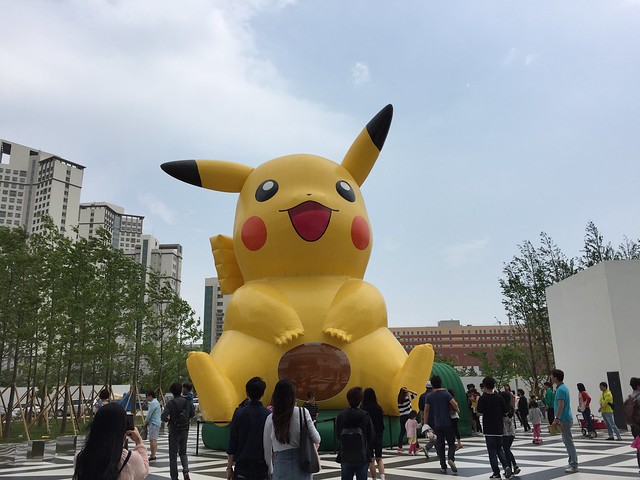 During the day certain performances took place. One of them was a dance performance with Pikatchus that had the size of real humans. 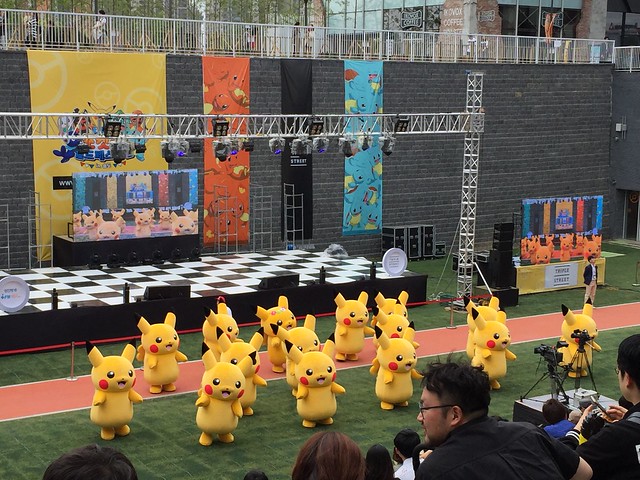 Another event was the Pikatchu parade during which the human-sized Pikatchus marched through the shopping mall, stopping every once in a while to give children (and adults) a chance to cuddle them and take photos. 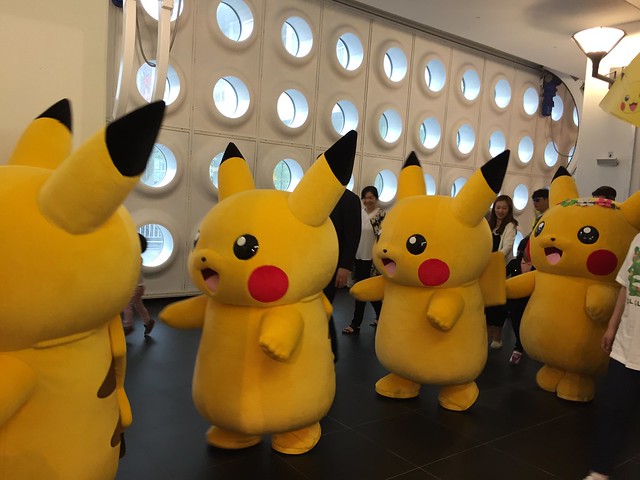