A few of my friends and I got tickets for a free 2-day trip to the Boseong Green Tea Festival. Our day started quite early as we had to go to a subway station in Seoul. From there a bus took us to Boseong which is located in the south of South Korea and quite famous for its green tea. After a long bus ride it started to rain. 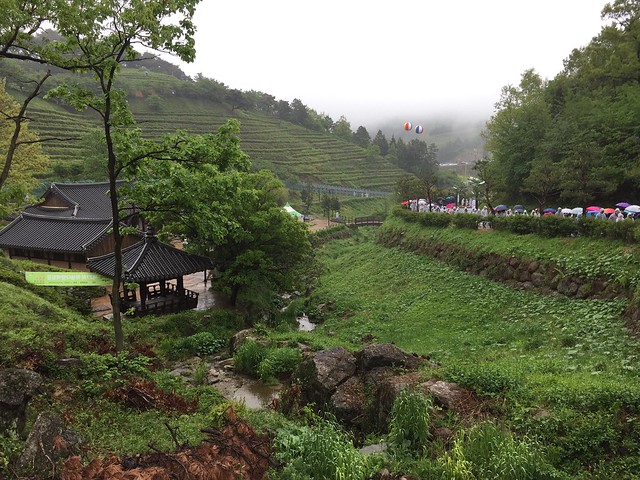 We made our way to a small house in which we made our own green tea. First we selected the best green tea leaves that were already picked for us. Next we had to roll the leaves in order to release the natural oils and flavor. 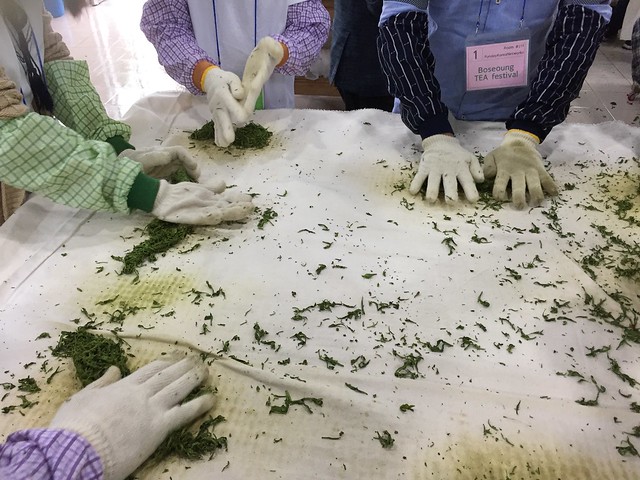 In between the rolling, the leaves were heated to prevent oxidation. 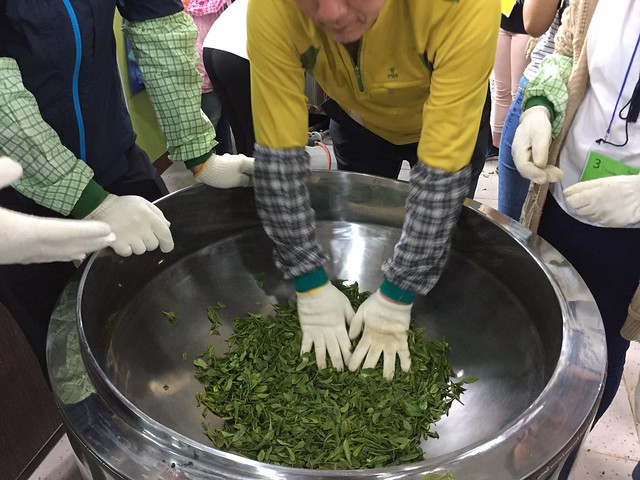 We had to repeat those steps about four or five times until the tea was completely dried and finished. In the end we all got a sample of our handmade tea. 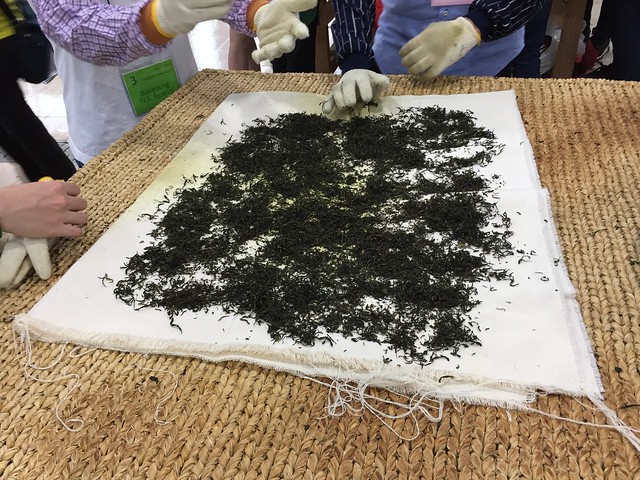 Next up was a visit in the green tea museum. There was a lot of information about the making and production of green tea as well as different tea services. Also some scenes of how tea is consumed in different countries was shown. 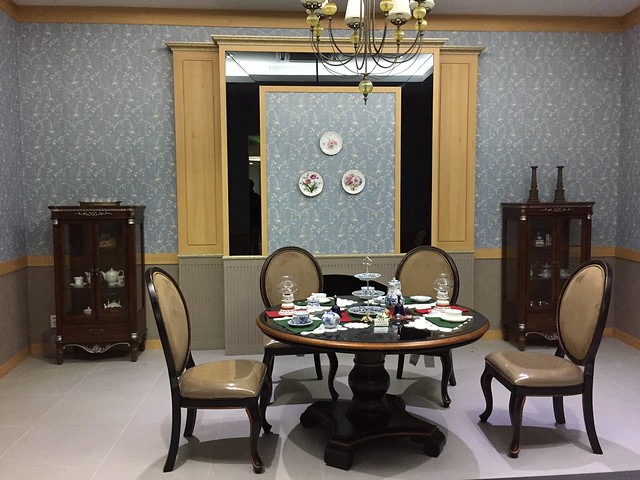 In the evening we experienced some traditional Korean music and other traditional performances. At the same time we also took part in a tea ceremony. Groups of four to six people sat at a table and got fresh tea made by nice Korean ladies. The lady at our table brewed three different teas and gave us some self-made tea snacks made of rice powder. Using our Korean language skills and Google Translate we were able to communicate with her. 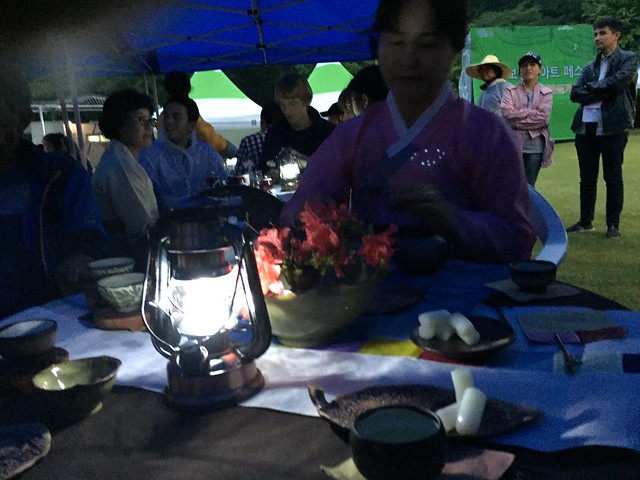 The next day started with picking fresh green tea leaves. We had about an hour of time to collected the best looking leaves. 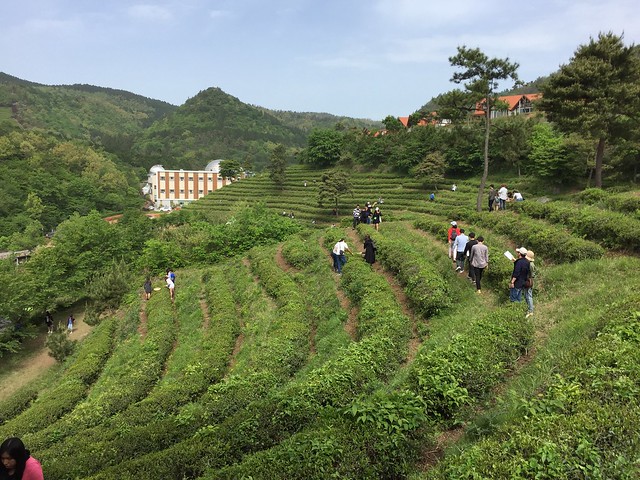 I think we were pretty successful. :-) 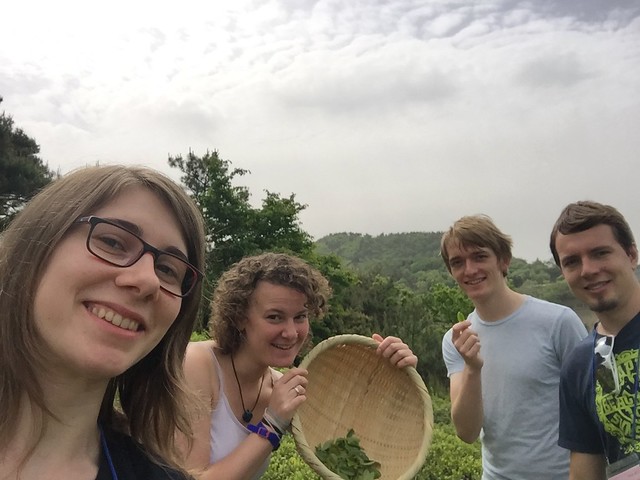 After the picking we went to another green tea plantation that was even more beautiful than the first one. We walked all the way up the hill and had a marvelous view over the plantation. 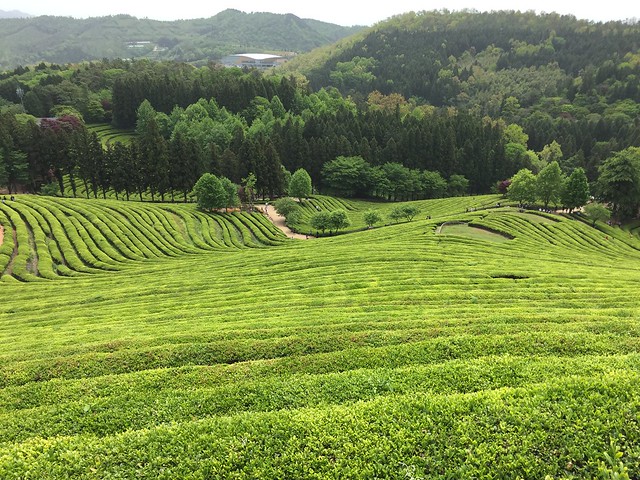 In the afternoon we enjoyed some green tea ice cream and decided to drink more green tea. 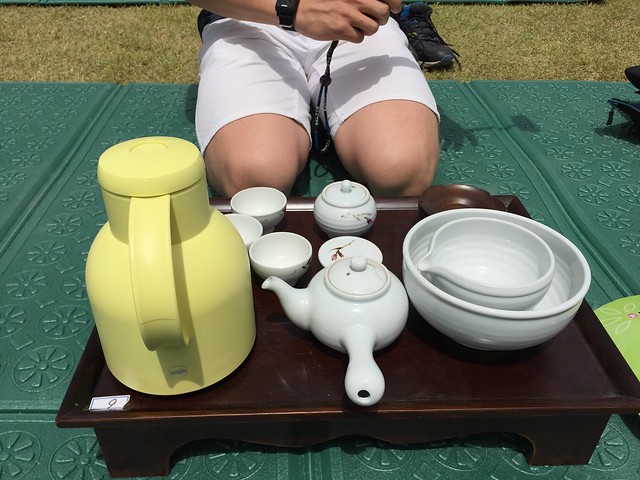 The festival was definitely one of the best experiences so far in Korea. And in the end we even received a present - green tea soap. :-)