My Korean buddy invited me to go to the Namsan Seoul Tower together with a few other exchange students. The tower is located on Namsan Mountain and can basically unmissable. However, before we started our hike to the tower we first visited the Namsangol Hanok Village which lies at the foot of Namsan Mountain. 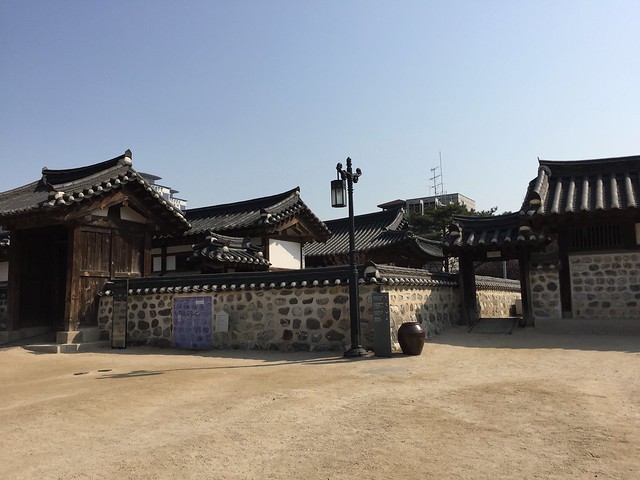 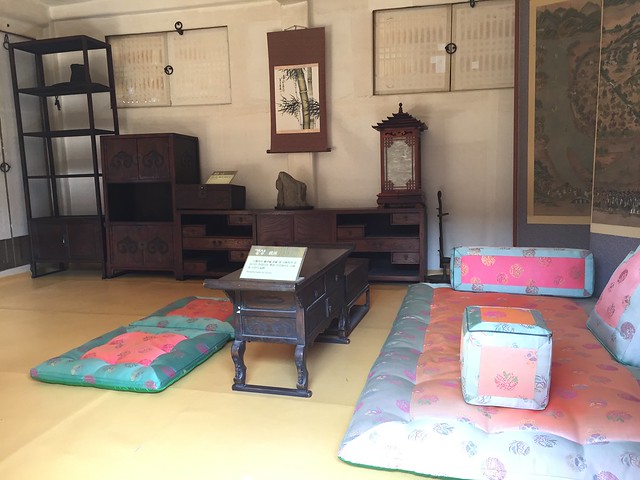 Next, we made our way to the tower. Halfway up the mountain, a few people decided to take the bus up to the tower. But because the weather was nice and it didn’t seem to far, I stayed in the group that went by foot. It is also possible to take a cable car up to the top, however it is quite expensive. 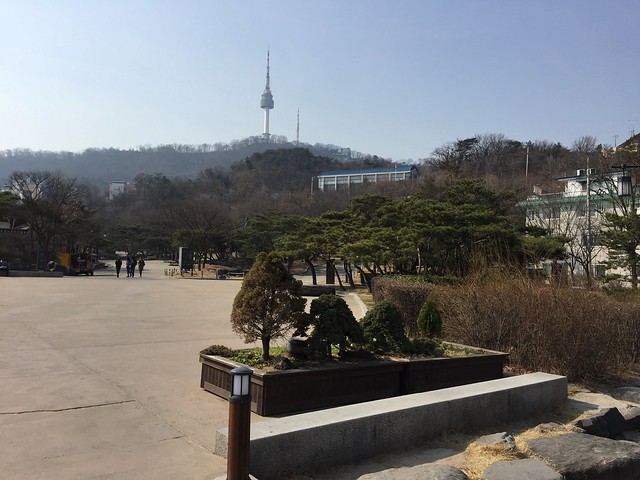 Seoul Tower in the distance 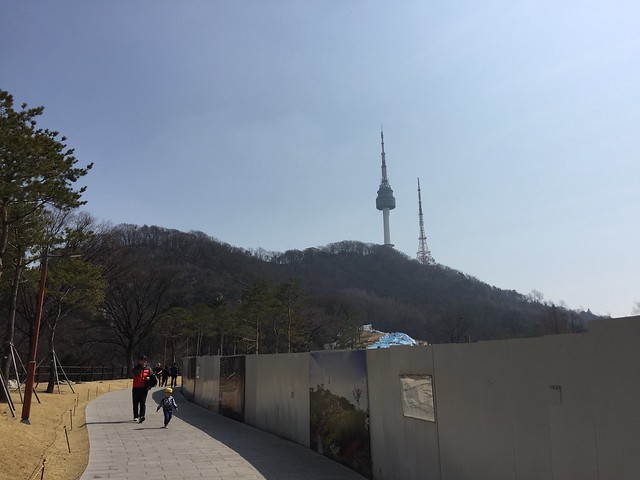 Still a long walk ahead… 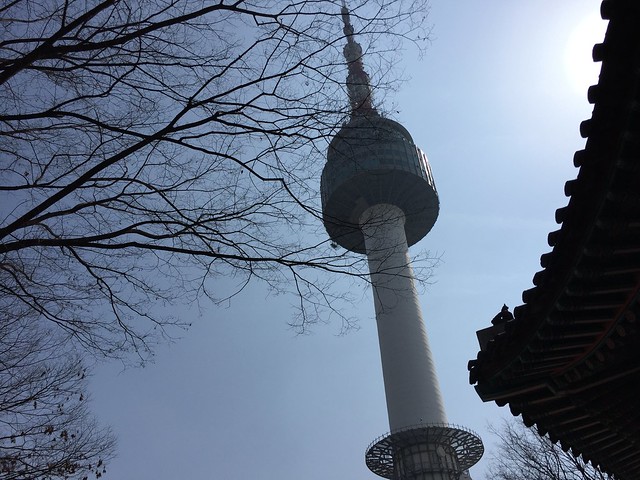 Wohoo we made it to the tower!

Eventually, after countless stairs we made it to the tower. The view over the city was really impressive. But also the air pollution became quite apparent as the city was covered in grey fog. 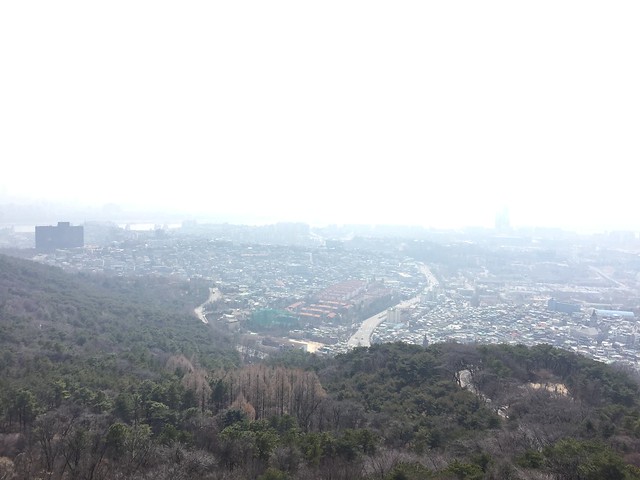 We decided not to go up to the tower as it was relatively expensive and the view would basically the same. Instead we walked around a little, took a break and took a look at the countless love locks that were on all the fences. Apparently every year all love locks are removed to make space for new ones. However, a Korean friend said from experience that these locks don’t work. 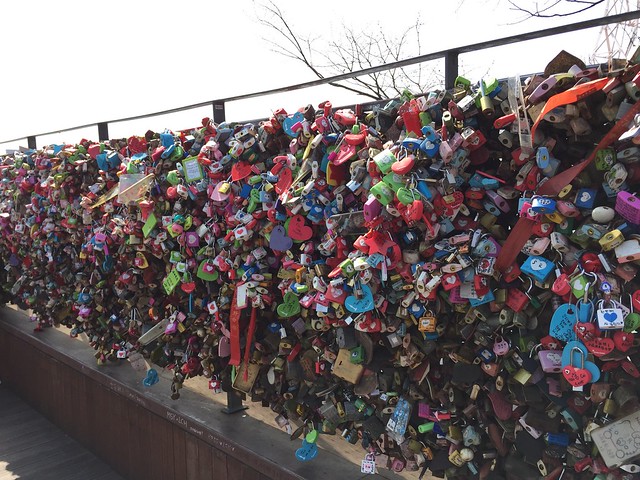 On top of the mountain were a few restaurants, a couple of other shops and a Hello Kitty exhibition. The day ended with a meal of Dak-galbi and very heavy legs.