Right after the midterm exams we decided to spend three days in Korea’s second largest city - Busan. It is located in the South of Korea and has warmer climate and different vegetation compared to Seoul. We took a slow train to Busan (called Mugunghwa) which cost us about 50€ for one round-trip. After a 4.5h ride we arrived in Busan and made our way to our accommodation. The hostel we booked was located at Haeundae Beach which is apparently the most beautiful beach in Korea. 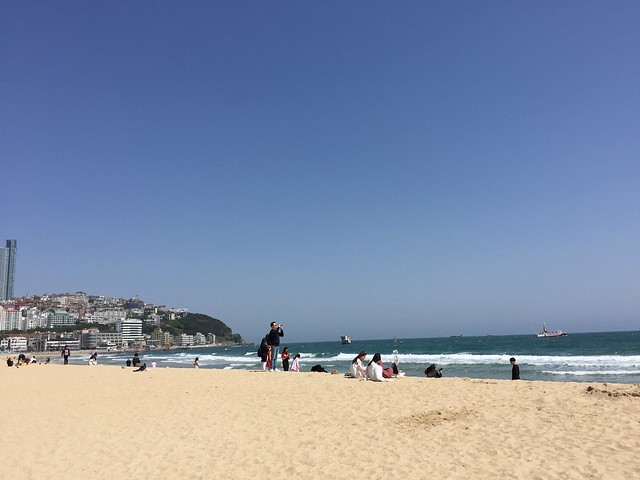 After getting settled in our hostel room, we went to Gamcheon Culture Village. The village is famous for it’s colorful buildings. The houses are built on the foothills of a mountain. Many stairs had to be climbed until we finally reached the village. 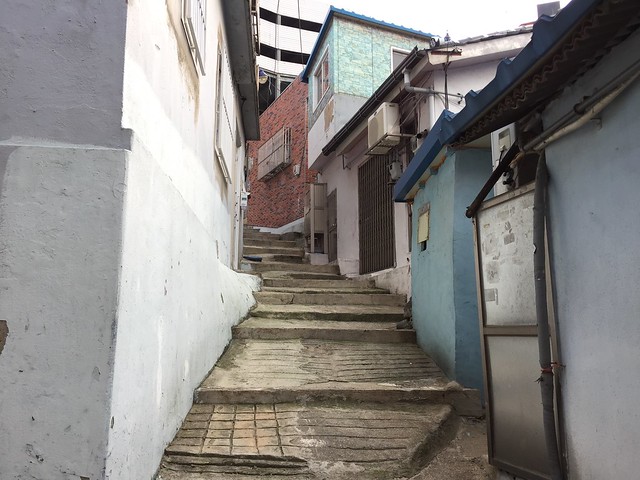 The good climb was rewarded with a great view of Busan. 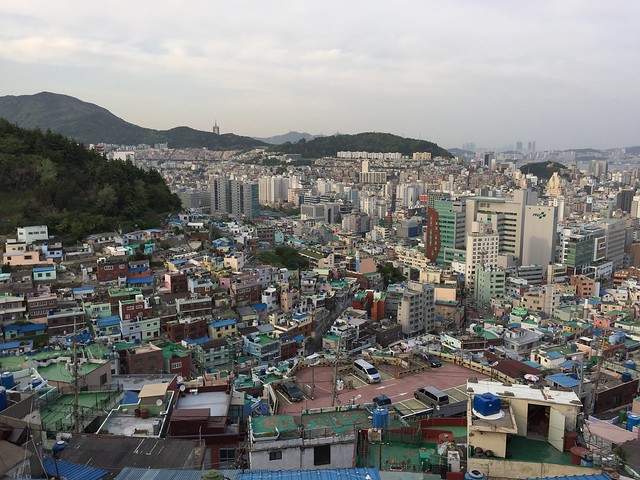 On our way to the village we saw many signs indicating the remaining distance. However those can not be trusted, because I’m sure we walked more than 100 metres in 30 minutes. Anyway, eventually we reached the village and saw many colorful buildings. 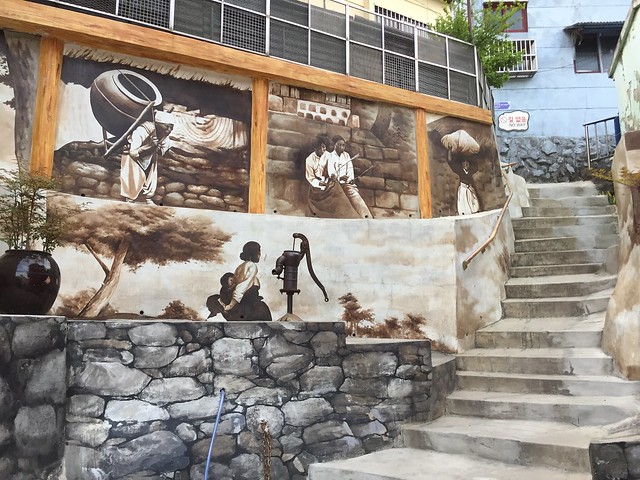 In the evening we went back to the beach and enjoyed illuminated buildings along the coast. There was also a light show and several artists singing or dancing. 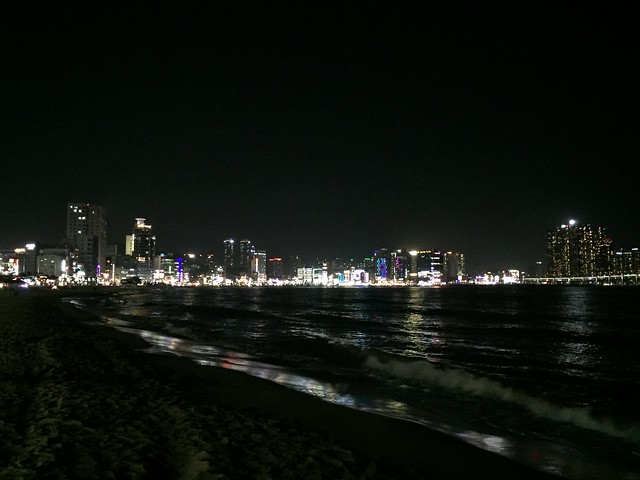 The next day, we walked through Dongbaek Park which is located on an island nearby Haeundae Beach. 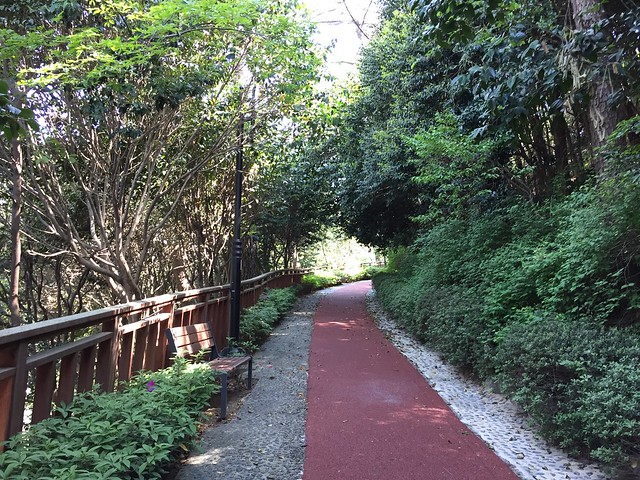 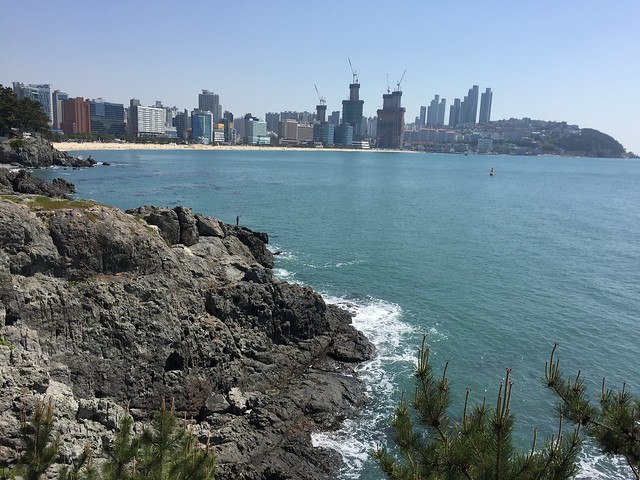 Next up was a visit at Beomeosa Temple. Instead of walking 3km up a mountain we decided to take a bus. The temple was decorated with countless of lanterns in preparation for Buddha’s birthday. Buddha’s birthday is also an official holiday in Korea. About 25% of the population here are Buddhists. 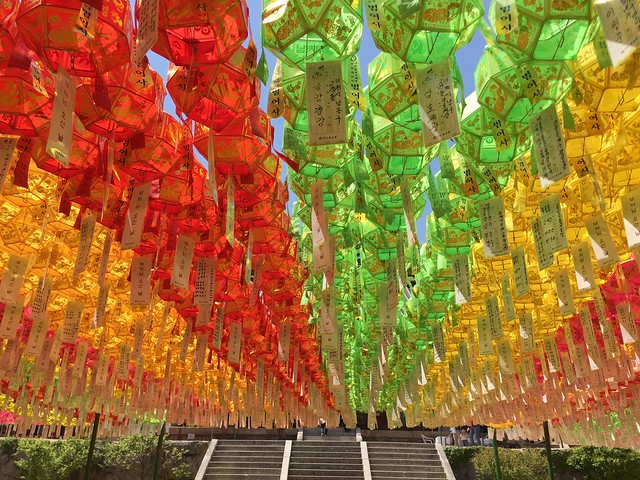 We also visited a fish market nearby the coast. It definitely looked interesting, however I was to afraid to try anything because the fish was not cooled on ice. 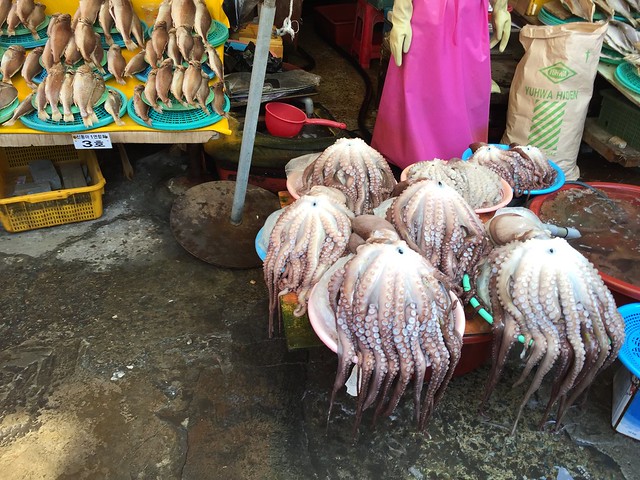 On our last day, we visited a temple that was directly situated on the coast. Usually temples are built in the mountains so it was quite special to see a temple directly next to the sea. 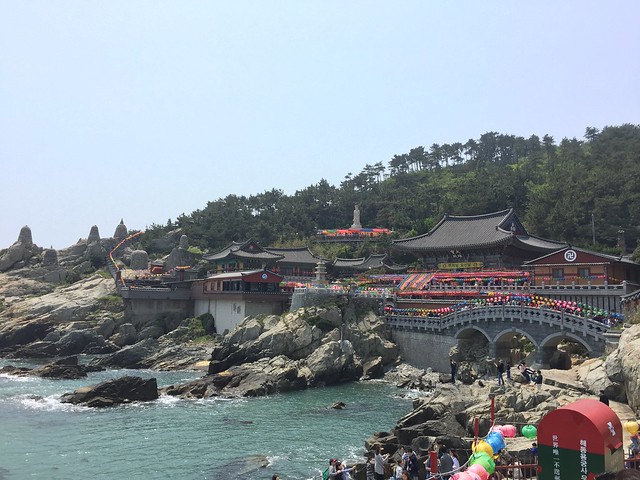 To get to the main temple buildings one has to cross a stone bridge. While crossing the bridge, some visitors try to throw a coin into a bowl that is about 10 meters away. Putting the coin in the bowl means that one will be wealthy in the future. 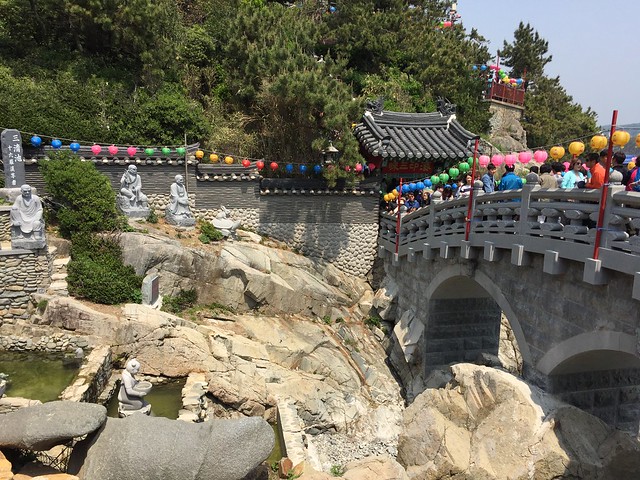 People trying to throw coins into a bowl

Inside the temple was also a huge Buddha statue, as well as a few smaller ones. Leaving money at different statues or sometimes touching them is supposed to help in various life matters, like getting better grades or giving birth to a son. 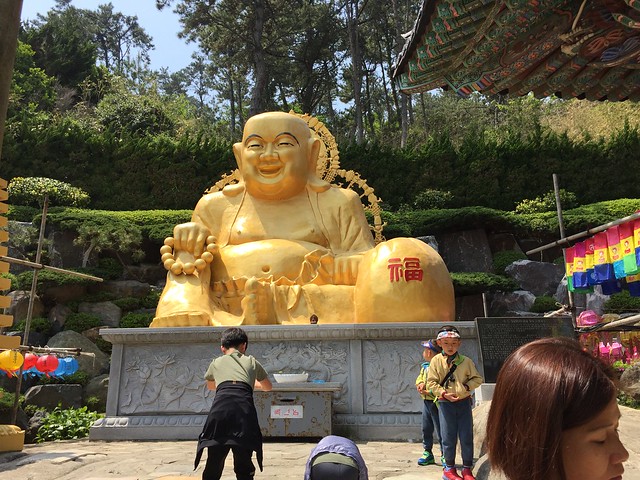 All in all, Busan is a pretty nice city. I liked it even more than Seoul because Busan was less crowded. Most of the times we even got a seat in the subway. Also the people seemed more relaxed and things were cheaper than in Seoul. I think three or four days are enough to see the most important places in Busan and I’d say it is definitely worth going there.