Every freshmen can join a greeting ceremony called “Shinbangrye”. During this ceremony they are welcomed to the university and have to participate in some games. Although the entire ceremony was held in Korean, some exchange students were brave enough to take part in it. All students had to wear the traditional clothing consisting of a white robe and a black hat. Most of the students were freezing because it was quite cold and they couldn’t wear jackets underneath. 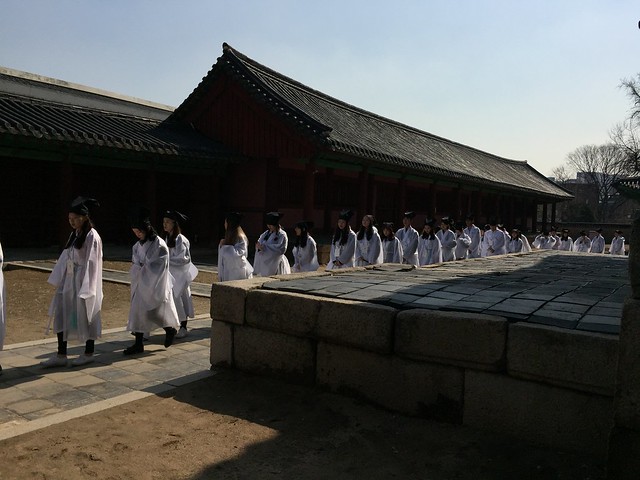 The ceremony started with giving snack to the seniors as a sign of respect. 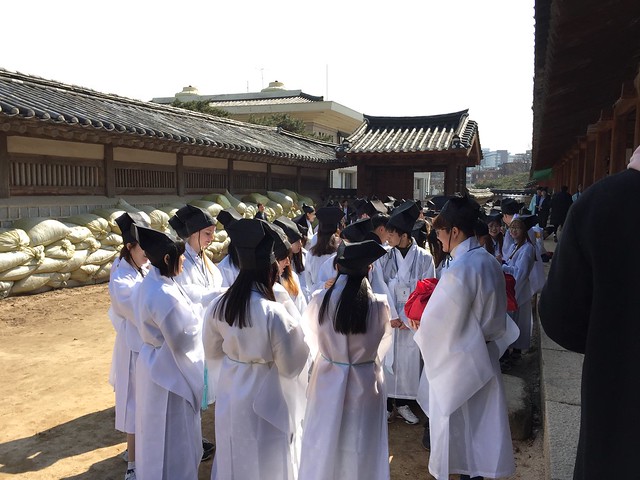 Giving snacks to the seniors

Then all students gathered in front of a stage were they had to perform some kind of ritual. Unfortunately, I didn’t really understand the meaning of this ceremony but it was still nice to watch. 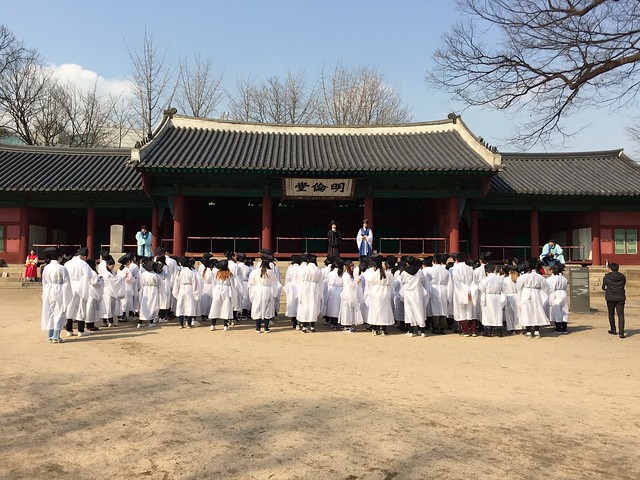 After this students were separated into several groups. Each group had a leader and all leaders introduced themselves. 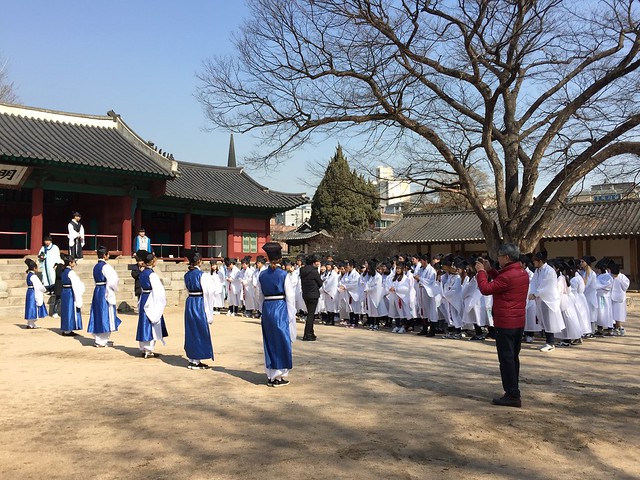 Next, all groups had to go to different stations to fulfill certain tasks. For example, they had to use large chopsticks to put beans from one container into another or they had to guess certain words. All games were related to the history of Sungkyunkwan University. 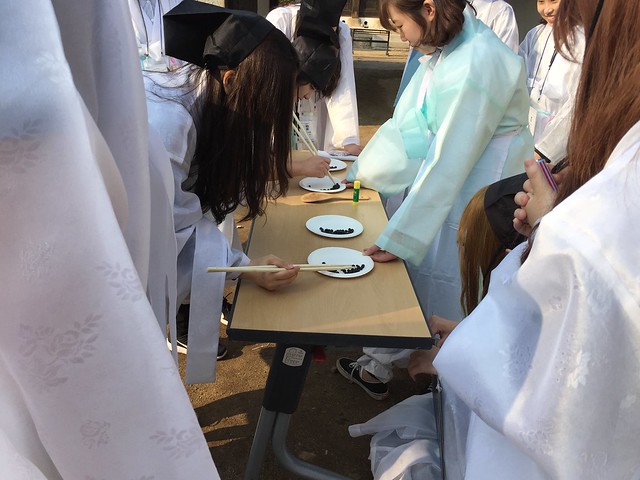 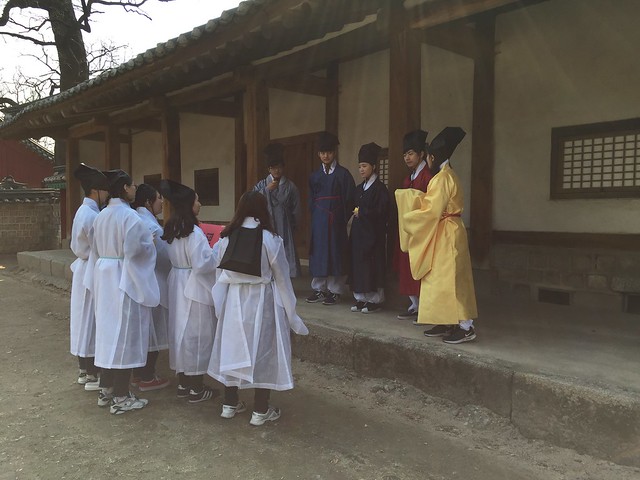 The entire ceremony took place on the old, historical campus that is still part of the Social Science campus in Seoul. I had some time to walk around and the architecture of the buildings reminded me of the palaces I had seen previously. The old buildings are not used today but serve as museum. 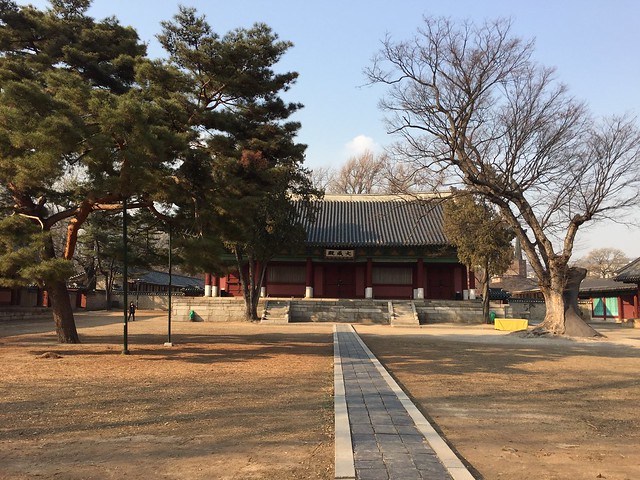 At the end of the day, all students received a certificate. 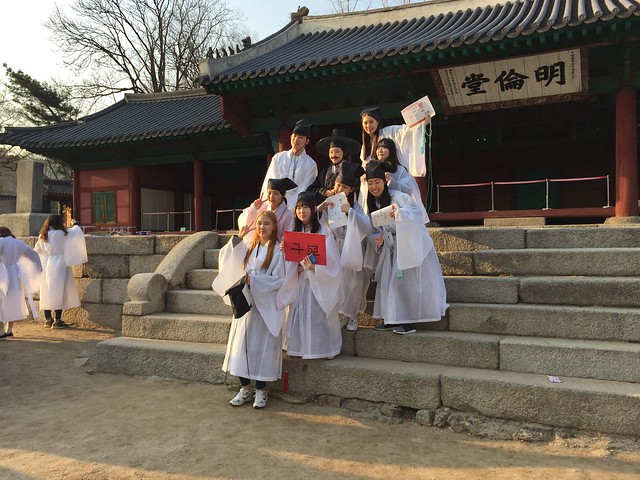 Freshmen with their certificates

A lot of group photos were taken and everybody was glad to get back their jackets. The ceremony is certainly a good way for new students to find some new friends and also to learn more about the university.