About 30 minutes’ walk away from our campus in Suwon there is a unique museum celebrating the improvements of toilets in Korea. The founder, who was born in a toilet, contributed extensively to improving toilets in Korea. The building itself is shaped like a toilet and in front of it is golden poo. 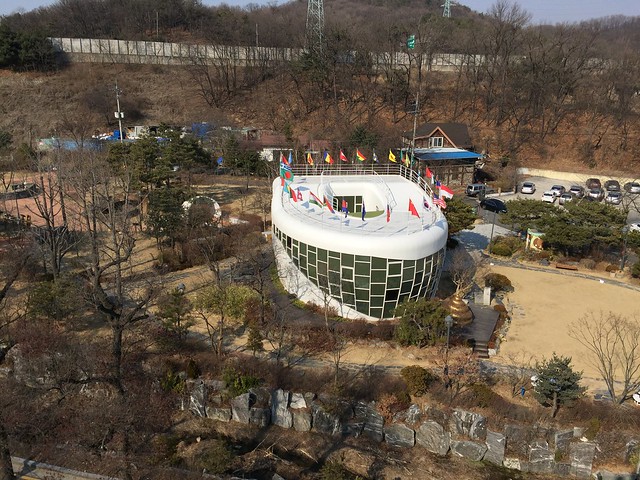 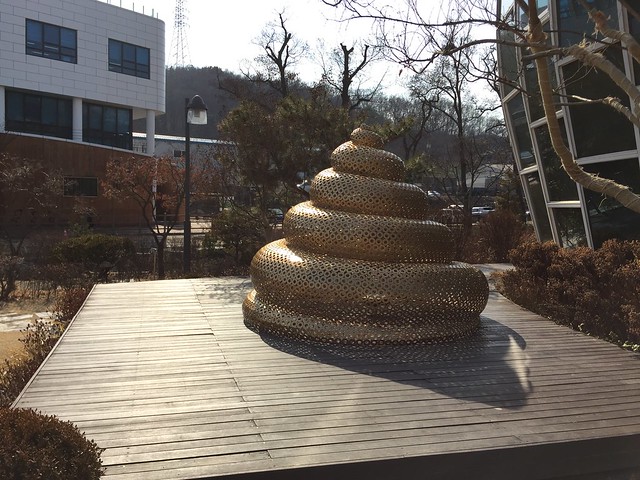 The entry to the museum was free and inside they showed how toilets in Korea developed over the years. There was also a gallery of toilet drawings. 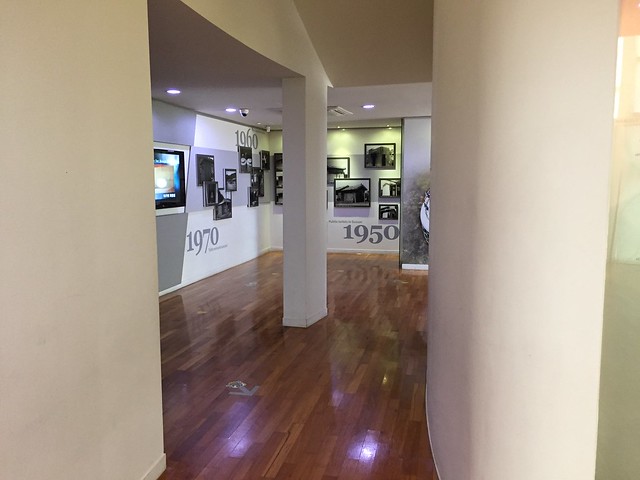 Mr. Toilet Museum from the inside. 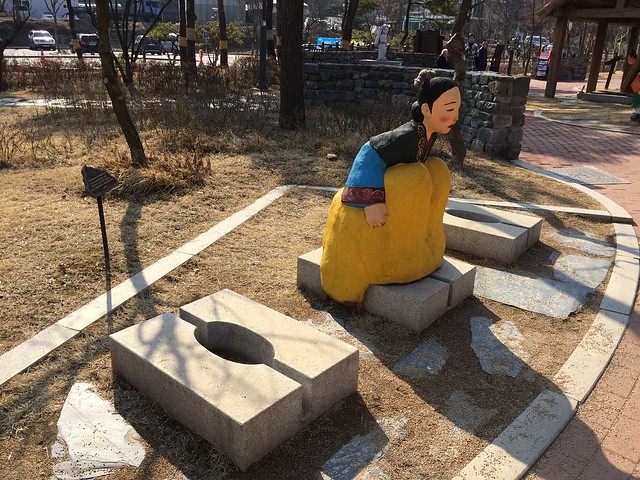 Toilets back in the days

Next to the toilet park was another building with an observatory platform and some toilet playground for children. There was also learning material explaining how to turn your poo golden. For demonstration there was even some fake poo you could touch in order to feel the difference between bad and golden poo. 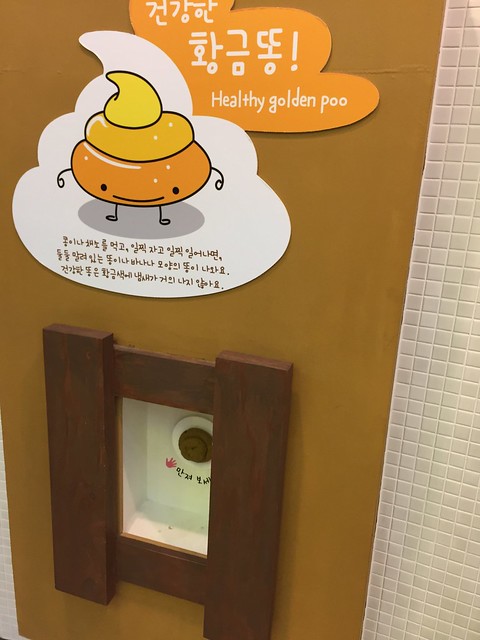 The museum was quite bizarr but also interesting and it tries to teach an important topic in a fun way.