After exiting the subway we realized that probably half of Korea was also there to celebrate the opening. The crowd of people was only moving quite slowly as we tried to get farther away from the tower. 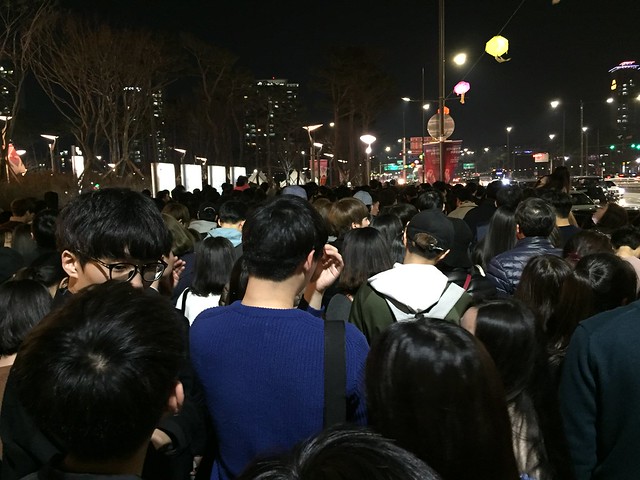 People on their way to Lotte World Tower

After an hour we managed to walk a few hundred metres. It was far enough away so we would not have to bend 90° our necks in order to enjoy the fireworks. Actually we got a good place with no trees in the way. 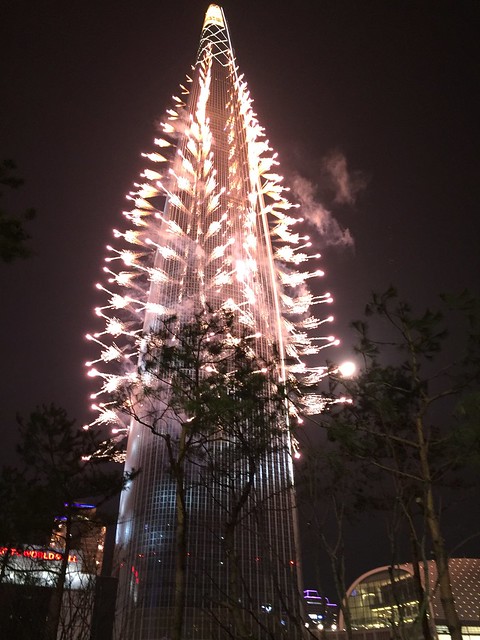 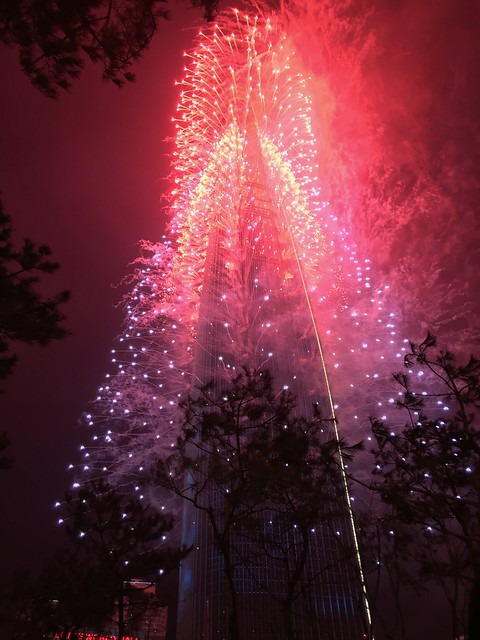 The duration of the fireworks was exactly 11 minutes and accompanied with some music. After the firework we tried to enter the tower, however it was already closed. We just walked around Lotte Mall (a shopping mall next to the tower) for a short while and then decided to go back to Suwon. The subway was still blocked due to the huge amount of people trying to get home again. However we managed to take one of the last subways and arrived home safely. 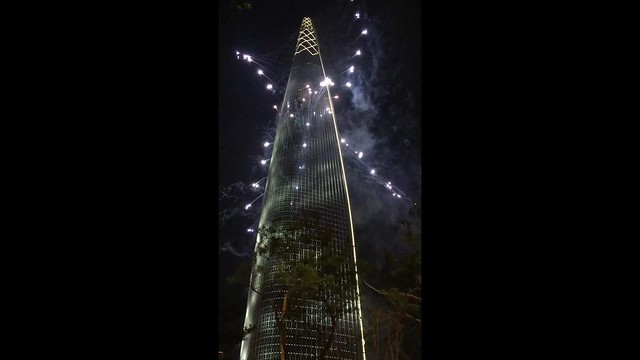