First week of the new semester, classes have begun but there is still some free time to explore Seoul. Together with some other exchange students I took a trip to Hongdae which is a neighborhood in Seoul that is located around Hongik university. This area has markets and a lot of street performers. There are also a lot of pet cafes.

First we had a cooling drink at a nature cafe. In front of the cafe were two sheep that could be fed and petted. 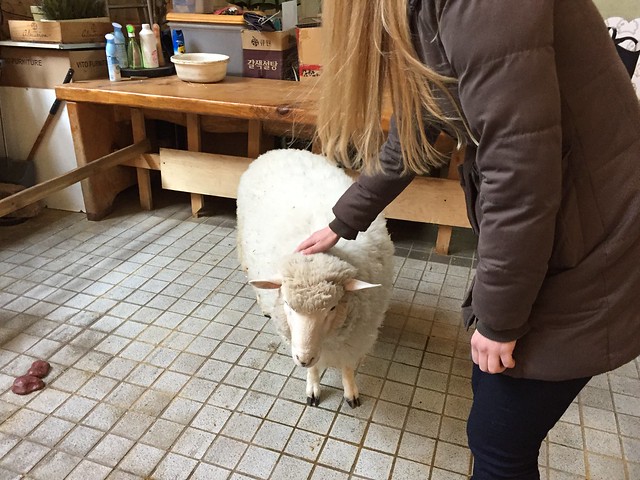 Sheep in front of the cafe

Next we had lunch at a nice Japanese restaurant. 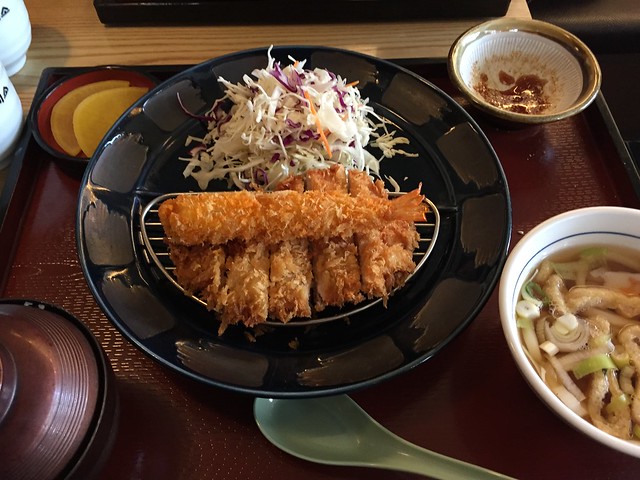 After going in a few of the countless shops and enjoying a couple of street performances, we headed to the next cafe – a cat cafe. This cafe inhibited at least 24 cats. After being instructed about the rules (don’t touch sleeping cats, don’t pick up cats, etc.) we were allowed to enter. 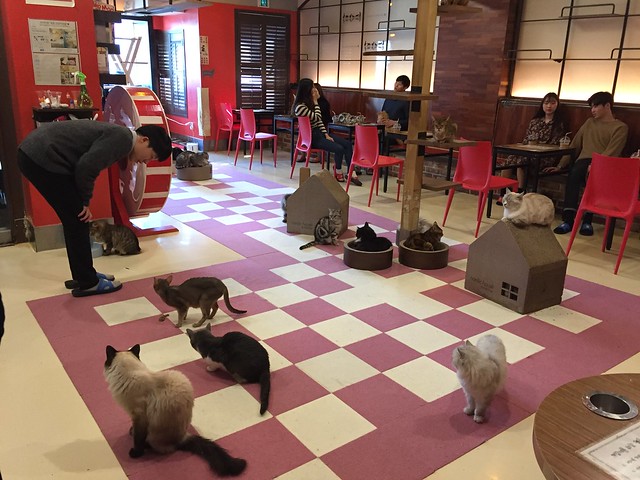 Inside the cat cafe

Most of the cats looked well but some looked a little “worn out”. I’m not sure how I felt about the whole thing. But there were also few cats that jumped on to laps and demanded petting.

I think I have had enough of petting cats for one day and won’t need any more cat company any time soon.