I took the time to visit two of the famous palaces in Seoul – Changdeokgung Palace and Changgyeonggung Palace. These palaces are located next to each other and there is also a “Secret Garden” used by the royal family to relax. I bought a “Royal Palace Pass” that allows me entrance to most of the famous palaces and shrines in Seoul and also included a guided Secret Garden tour. The pass did cost about 8€ and is valid for three months.

Both palaces were build around 1400 and used by several kings as residence. Over time parts of the palace have been destroyed by fires and the Japanese invasion, but they have later been rebuild to some extend. The building were quite colorful and had beautiful curved ceilings. Unfortunately inside of the palace were only a few information boards. So it was hard to say what purpose certain buildings or parts of the palace actually served because they all looked quite similar. 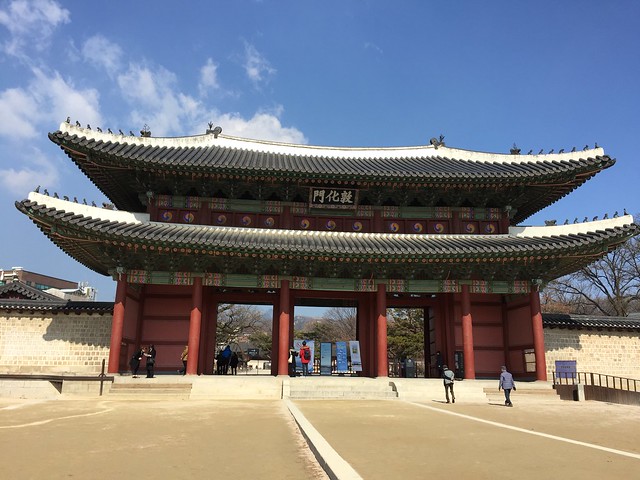 One of the gates inside the Changdeokgung Palace

The Secret Garden tour was quite informative. However, I think it is probably best to visit this garden during Spring or Summer when the grass is green and the trees carry leaves. Because during February it looked mostly gray and brown. 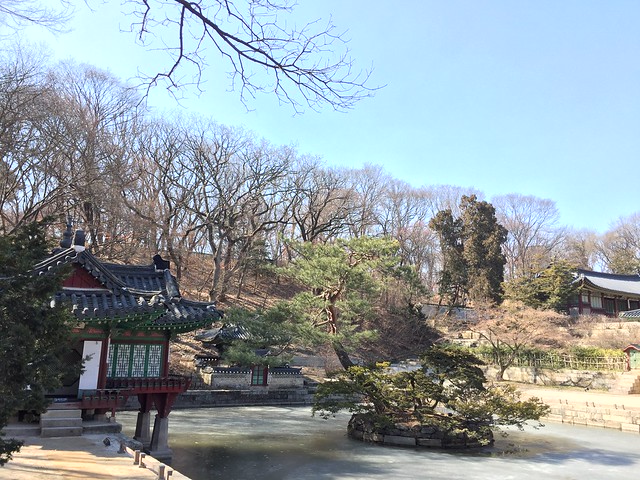 One of the ponds (currently frozen) in the Secret Garden

The second palace, Changgyeonggung Palace, had a very similar architecture. Compared to Changdeokgung Palace there were more separate, smaller buildings but most of them were not supposed to be entered. Part of this palace was also a small park. 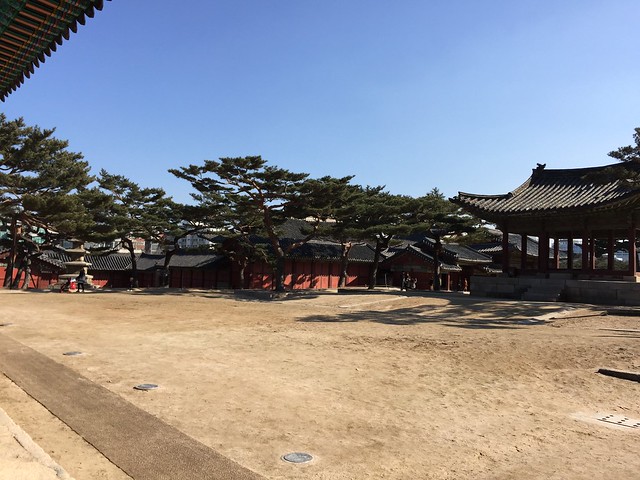 Some of the buildings in Changdeokgung Palace

I spend almost the entire day inside of these two palaces. The complex is really huge but most of the buildings are not allowed to be entered. For those who visit the palaces and want to get to know more about the historical backgrounds it is probably best to take a guided tour.